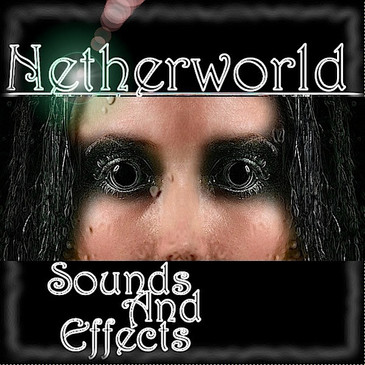 'Netherworld' also includes boomy percussive sounds, and clipping or cutting noises reminisant of something bad happening.
'Netherworld' is very musical, but odd, eerie and haunting. The presets make full use of Kontakt or Reason's multipole filters, envelopes, lfos, and effects, and generally use the modwheel and aftertouch to either control a filter's cutoff frequency, or to fade between differing variations of a sound. Many presets crossfade to an entirely different sound via modwheel, while filter can be controlled by aftertouch.
About The Demos:
All the sounds in the demos are included in the library. Voices, perc, everything. Demos 1 and 2 show some of the musical possibilities, demo 3 is more oriented towards sound effects.
Specifications:
• 24-Bit/44.1kHz
Version Differences:
Kontakt:
• 668 MB (uncompressed)
• 598 MB (zipped for download)
• 205 Samples
• 158 Presets
Reason ReFill:
• 668 MB (uncompressed)
• 400 MB (compressed as a ReFill)
• 205 Samples
• 145 NN-XT Presets
• 65 Combinators
WAV:
• 710 MB
• 194 Samples

... by Sounds And Effects includes both packs in the best-selling series. This is an essential product for producer...

... starts where its predecessor left off, adding frightening and eerie violin special effects, such as slides, pit...

... by Temporal Geometry is a comprehensive set of Ambient loops and samples featuring ethereal soundscapes, heaven...

... from Equinox Sounds is the eighth installment in this series of 10 beautiful, uplifting and emotional Trance Co...