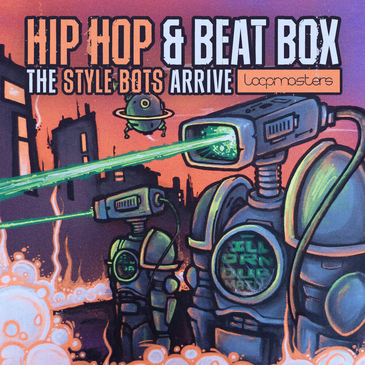 ... includes 122 individual loops of every instrument used in the beats and 59 one-shot WAV files of timbo kicks, s...

... by Samplestar will inspire producers whether they're producing old or nu skool Hip Hop. This XL collection of o...

... brings you 125 of the highest quality Hip Hop & Trap drum sounds, all processed and EQd to perfection by platin...

Take in all that this 3 volume set of 'Hip Hop Vocal Sessions' has to offer, with 15 powerful, vocal-driven Constru...

... from Kryptic Samples combines the three volumes in this collection of Hip Hop Construction Kits inspired by leg...

... by King Loops marks the beginning of an epic series bringing you nothing but the best of Trap, Hip Hop, RnB & U...

... continues the DigiExclusive line of products, with this selection of Urban inspired woodwind samples, available...

... from Kryptic Samples brings you down memory lane and is designed to give your music productions that old School...

... by Kryptic Samples is the long-awaited release of this Hip Hop series that brings you back again to 1995. This...