Trap is the most popular sample pack genre on Producer Loops, and our collection of Trap samples and loops is growing as we write this. Developed in the late 1990s to early 2000s in the southern United States, it has gone from a heavier offshoot of Hip Hop to mainstream recognition across the world. Read on to find out more about this explosive urban genre.

Read more
Trap is the most popular sample pack genre on Producer Loops, and our collection of Trap samples and loops is growing as we write this. Developed in the late 1990s to early 2000s in the southern United States, it has gone from a heavier offshoot of Hip Hop to mainstream recognition across the world. This is reflected in the popularity of Trap loops and samples on ProducerLoops.com and the quality of our Trap sample packs being made by a wide variety of labels. In fact, it’s our most popular genre overall! Producer Loops championed Trap sample packs from the beginning and we currently have 20 of our own Trap sound packs dating all the way back to 2013, right up until the present.
What Does Trap Sound Like?
Trap is a variable genre and it lends itself to the individual musician’s artistic flavour. However, it can be defined by its ominous, bleak and gritty lyrical content with typical lyrical themes including observations of the "trap", a word used to describe a place where drug deals were carried out. Lyrics mainly describe the hardships of street life, poverty, violence, and harsh experiences.
Musically, Trap employs a heavy use of multi-layered thin or thick textured monophonic drones with often a melodic, hard-lined accompaniment of synthesizers, crisp, grimy, and rhythmic snares, deep 808 kick drums, double-time, triple-time, and similarly divided hi-hats, and a cinematic and symphonic utilisation of string, brass, woodwind, and keyboard instruments to create an energetic, hard-hitting, deep, and variant atmosphere. Trap may use a range of tempos, from 100 BPM to 176 BPM, but the tempo of a typical Trap beat is around 140 BPM.
What Do Producer Loops’ Trap Sample Packs Sound Like?
Producer Loops’ large selection of Trap sample packs contains the quintessential Trap sound elements whilst reflecting the variety of the genre. Download Trap samples that provide you with everything you need to create a Trap track from scratch or choose a Trap sample pack dedicated to one of the classic Trap samples elements like 808 drums if you need specific Trap beat samples, symphonic loops, hard-hitting atmospheres, or Trap vocal chops.
We have Trap sound packs that contain thundering drum loops, iconic 808 basses, phat brass stabs & hits, stellar arpeggios and leads, vocal hooks and chops, uplifting effects, and female & male Trap vocals. Not sure what kind of Trap beat loop you want or need? Then don’t hesitate to browse this section to get a feel of what is available and discover the variety of Trap samples on offer. Some labels who create solid Trap packs for Producer Loops include Kryptic Samples, King Loops, 2Deep, Cartel Loops, and Trap Veterans. You may want to browse within these label’s Trap samples libraries and view by popularity.
On Producer Loops, you’ll also find Trap mixed with other genres like RnB, Soul, and Reggae. Beyond that, there’s Cinematic Trap and Lo-Fi Trap/Chilltrap. Inspiration and influence for these Trap packs range from the likes of Post Malone, Travis Scott, Lil Skies, Trippie Redd & Juice Wrld to DJ Khaled, Yellow Claw, Say My Name, 2 Chainz, & TropKillaz. But who were the originators of the Trap sound?
The Originators of Trap Music
This is a genre filled with a hard attitude that you can feel in the sound of the brass, triangle, triplet hi-hats, loud kicks, snappy snares and low end 808 bass samples that are used when composing tracks. The percussive Trap samples of choice usually come from the Roland TR-808 Drum Machine.  These primary characteristics would go on to be the signature sound of Trap music, originating from producer Shawty Redd. When speaking of the “originators” in the Trap music game, southern rappers like Waka Flocka Flame, Gucci Mane, Young Jeezy, Three 6 Mafia, and Manny Fresh come to mind. As well as some of the iconic Trap music producers like Lex Luger and Zaytoven.
Though Trap artists were somewhat diverse in their production styles, this signature and quintessential Trap sound typically based around synth, orchestra and string swells with tight, bass-heavy 808 kick drums would come to be associated with the genre developed in Atlanta during Trap's mid-2000s breakthrough.
Trap Music in the 2010s To Present
In the 2010s Trap producer Lex Luger broke out of relative obscurity, gained huge popularity, and went on to produce more than 200 songs between 2010 and 2011, including several singles for popular mainstream rap artists such as Rick Ross. Many of Luger’s sounds have been adopted and incorporated by other Hip Hop producers, trying to replicate his success, as Luger is often credited with popularising the modern Trap sound. Since the 2010s, an array of modern Trap producers has gained industry popularity, most notably 808 Mafia's Southside and TM88, Sonny Digital, Young Chop, DJ Spinz, Tay Keith and Metro Boomin. Some producers expanded their range to other genres, such as contemporary RnB (Mike Will Make It) and Electronic music (AraabMuzik).
We know that getting the right Trap loop or Trap loops pack is extremely important to you and we provide some of the best Trap sample packs on the market to make your production process as easy and enjoyable as possible. 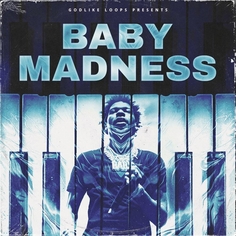 ... by Godlike Loops comes with 64 Loops and 53 MIDI Files inspired by the styles of Lil Baby, Roddy Ricch, Rod Wav... 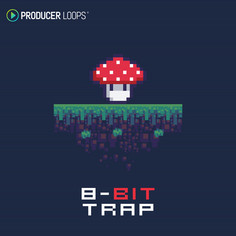 '8-Bit Trap' was designed to provide Trap producers and computer game composers with an out-of-the-box collection... 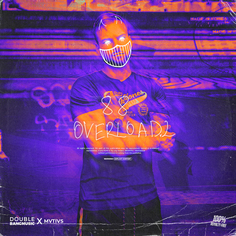 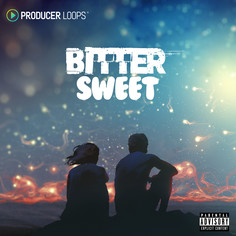 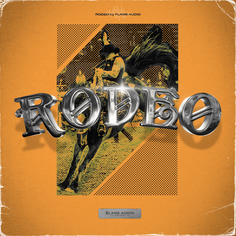 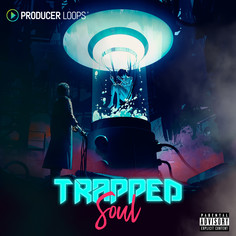 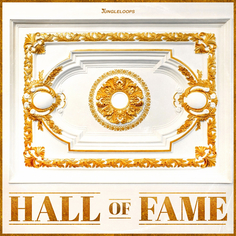 ... by Jungle Loops comes with 65 Loops and 63 MIDI Files inspired by the styles of Polo G, NBA Youngboy, Juice WRL... 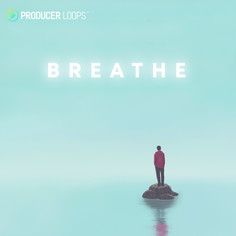 ... is an offbeat, hard-hitting Trap collection featuring an ample variety of electronic and acoustic instrumental... 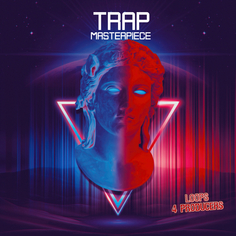 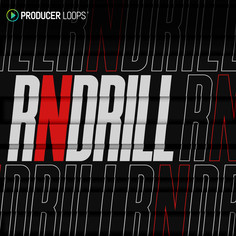 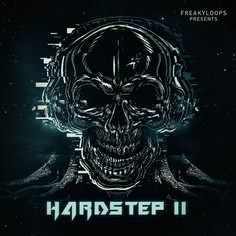 ... by Freaky Loops combines hard and nasty Trap sounds mixed with energetic and dirty Dubstep melodies and it deli... 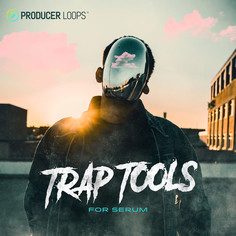 ... by Producer Loops features a brilliant collection of 60 Trap presets for Serum inspired by artists and producer... 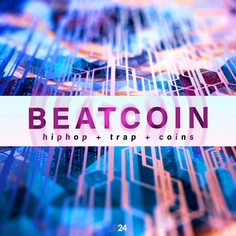 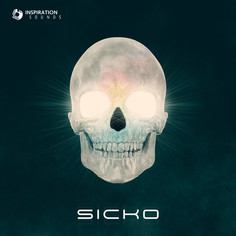 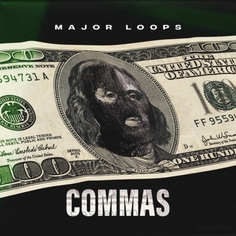 ... from Major Loops is a collection of 5 Trap Construction kits inspired by Key Glock, Young Dolph, Moneybagg Yo,... 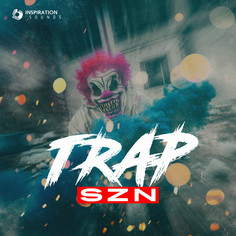 ... by Inspiration Sounds is a killer collection of Construction Kits inspired by iconic figureheads of the Trap sc... 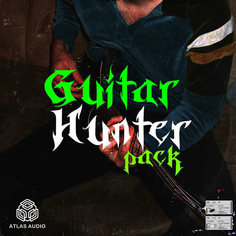 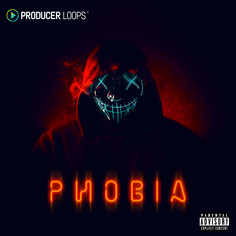 ... is a powerful collection of loops and samples in the styles of artists/producers such as Internet Money, Murda... 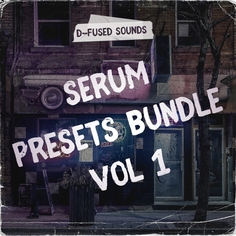 ... by D-Fused Sounds is a huge selection of 185 Serum Presets ready to be incorporated in Trap, Techno or any styl... 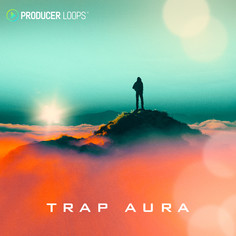 ... by Producer Loops delivers a smooth blend of Trap influenced, Ambient Chill in the style of artists such as Ale... 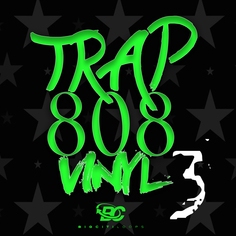 ... by Big Citi Loops includes vinyl samples with five Construction Kits that have been chopped up and created from... 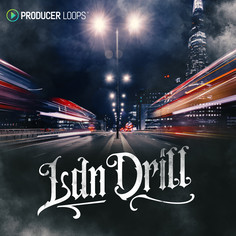 Inspired by the sounds of London and chart-topping artists such as Drake, Stormzy, Pop Smoke, Giggs and Fivio Forei... 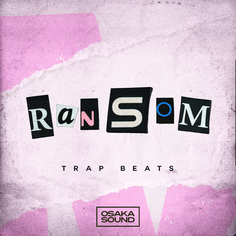 ... by Osaka Sound is an extensive library that allows you to easily capture the aura of your cherished Hip-Hop and... 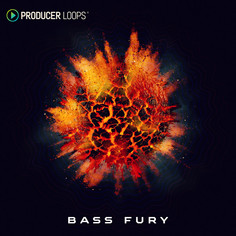 ... delivers five original and hard-hitting construction kits in the styles of Trap Nation. We held nothing back in...