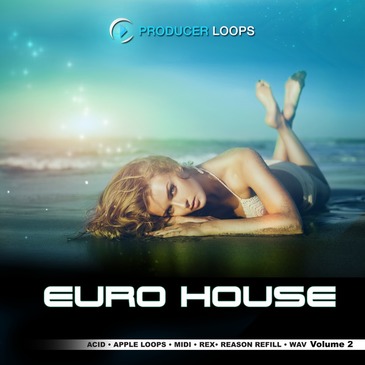 'Euro House Vol 2' is the second in a brand new series from Producer Loops, bringing you FIVE incredible Construction Kits inspired by the freshest House sounds to conquer clubs across Europe. With both commercial and underground appeal, as well as a professional feature set, this is a must-have sample library for any serious House producer.

'Euro House Vol 2' is the second in a brand new series from Producer Loops, bringing you FIVE incredible Construction Kits inspired by the freshest House sounds to conquer clubs across Europe. With both commercial and underground appeal, as well as a professional feature set, this is a must-have sample library for any serious House producer.

This pack continues our brand new and hugely original and inspirational "Euro House" Series which focuses on delivering current, club-dominating samples and loops.

Make sure you check out the MP3 demo to hear the cutting edge sounds on offer, and read on to find out more about the complete feature set of this pack.

These kits have been specifically written and mixed to leave room for lead and backing vocals for a commercial, radio ready sound.

... by Loopoholics is focused on giving you all of the warmest and unique sounds from this genre....