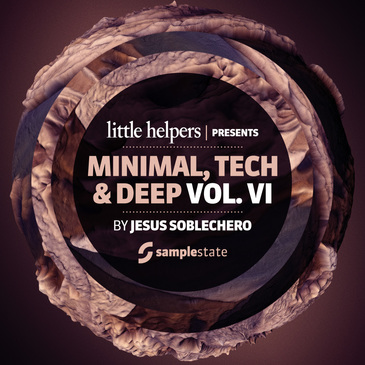 ... by Dark Magic is an essential percussion pack for your next Minimal House productions....

... is an essential percussion pack for your next Tech productions, bringing you top quality samples for your next...

... by Samplesound is a collection of sounds inspired by such labels as Eastenderz, Fuse, Oge, and Yoyaku....

... from Mainroom Warehouse is another essential percussion pack for your next Tech productions, bringing you top q...

... by drum maestro HY2ROGEN whips out a batch of 100 Tech House and Minimal orientated kicks, another must-have sa...

... by Chop Shop Samples brings you a varied set of loops & samples for your Electronic music production. Inside, y...

... by Samplestate is a Deep House sample pack designed by Romanian producer and DJ Mihai Popoviciu....

... by 5Pin Media is the second artist pack by Staniz to be released on the label. With an impressive catalogue of...