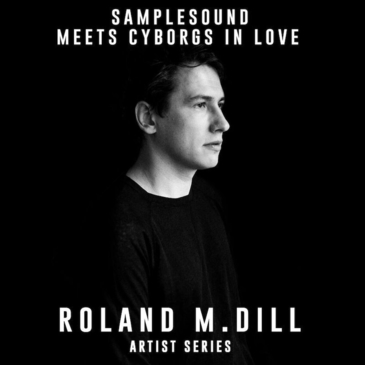 This producer has a huge passion for complex patterns and rhythms as well as acoustic soundscapes rising from instruments, analogue or digital synthesizers, a background in classical instruments, and a love of Jazz. This musical variety is highly reflected in his tracks. Next to his own continuous releases on labels like Trapez, Traum, Punch Music and Selador, he also composed remixes for artists such as Minilogue, Extrawelt, John Tejada or Harvey McKay.
Attracting attention beyond the scene limits, even Depeche Mode requested him to contribute remixes to their album "Remixes 2: 81–11" on Daniel Miller's legendary Mute Records and released Roland's three different remix versions of "I Want It All".
Roland's music is built upon strong rhythms. His sound ranges from highly ordered structures of total minimalism right up to wild sample and effect chaos, from general bass type sequential harmonies to total atonality. A Techno kaleidoscope for his listeners to lose themselves in.
Get inspired by this selection of sounds including kick and bass loops, percussion loops, one-shot kicks, one-shot claps/snares, one-shot hi-hats, top loops, sequence loops and FX.
You'll find 123 samples in WAV format and 51 samples in AIFF (Apple Loops) format which you can use in Apple Logic, Ableton Live, Pro Tools, Cubase and others.
Samplesound: give shape to your underground ideas.
Product Details:
• 24 Kick and Bass Loops
• 14 EFX
• 14 One-Shot Claps/Snares
• 22 One-Shot Hi-Hats
• 10 One Shot Kick Solo
• 12 One Shot Tonals
• 20 Perc Loops
• 24 Top Loops
• 34 Sequences Loops
• 44.1kHz/24-Bit
• Folders: Kick And Bass Loops, EFX, One-Shot Claps, One-Shot Snares, One-Shot Kicks, One-Shot Tonals, Perc Loops, Top Loops, One Demo Song

... brings you another set of seven Construction Kits inspired by artists such as Dom Dolla, Pickle, Fisher, Dennis...