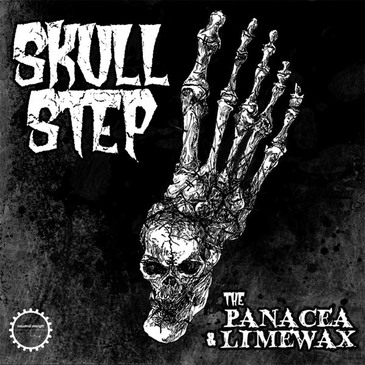 'The Panacea & Limewax: Skullstep' is a customisable collection of the most bone-rattling DnB and Industrial sounds this side of Hades. Industrial Strength Records announces the birth of a demonic brainchild. The Panacea & Limewax have been scheming in the heart of the inferno to bring you a sample pack in truly terrorising form.

'The Panacea & Limewax: Skullstep' is a customisable collection of the most bone-rattling DnB and Industrial sounds this side of Hades. Industrial Strength Records announces the birth of a demonic brainchild. The Panacea & Limewax have been scheming in the heart of the inferno to bring you a sample pack in truly terrorising form.

Limewax & The Panacea are a steadfast match lit in hell. Each known for hard-hitting productions, the longtime co-conspirers combine minds to wreak masterful destruction.

The Panacea's prolific discography has been released by the likes of Kniteforce, PRSPCT, and Mootz's own label, Position Chrome.

From a young age, Ukrainian musician, DJ, and producer Maxim Anokhin has proven himself a sonic pacesetter, harnessing the darker sounds of atmospheric Dance as Limewax.

In addition to running his own LB Recordings, his uniquely-compelling acidic textures and frenetic breaks have been released on mainstay DnB labels, including Freak Recordings, Tech Itch, PRSPCT, and Position Chrome.

'The Panacea & Limewax: Skullstep' unleashes a serious selection for hard-baseline producers looking to bring cutting-edge sounds to their studio flow. ISR have wrangled these 24-Bit, 44.1-kHz samples and taught 'em a few tricks.

All are ready to load in as ACID/WAV, and Apple Loops. The pack also features Logic ESX, Kontakt, Battery 3, Maschine and of course REX2. It's all reigned into one multi-use, license-free download - The rest is up to you to tame.

Don't be surprised if your speakers get goosebumps - nothing holds back this beast of a pack.

... launches fresh sounds from the roof of the Prime Loops studio. Way up high in the London skyline, they've been...

... gives you the tools to tear up tough as hell audio, utilise finely crafted presets and gives you authentic MIDI...

... is the fourth volume of this huge Drum & Bass collection. The Dabro team prepared a lot of heavy sounds from di...