It’s 8pm on a warm Friday night when, after hours of world-infamous, bumper-to-bumper traffic, members of the LA Beat Collective break free of the never-ending urban sprawl and begin to trickle in. The destination?
A 2 bed-room lodge just outside of Twentynine Palms, California –  a small town, bordering the north entrance of Joshua Tree National Park, smack dab in the middle of the Mojave Desert. This weekend, however, the remote lodge will not serve as your typical, family weekend getaway. Nope. This weekend it will be transformed into an electronic music production oasis — a fertile grounds, replete with lush beats and sounds in the middle of the dry desert. 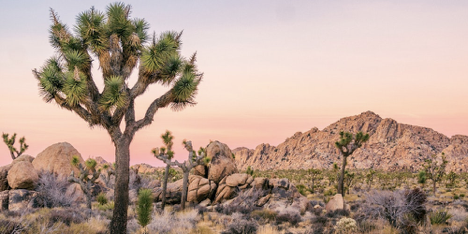 Joshua Tree has a long legacy of hosting creative retreats for painters, writers, musicians, etc. This isn’t the first time a collective of artists ventured out to this desert for focus and inspiration, and it won’t be the last. It’s blunt contrast to the urban madness that make LA so intriguing (and frustrating), makes it an ideal place of peace to free aritsts' creative juices. The openness, the stillness, the fresh air, the starry nights. The vast stretches of brown desert terrain, accentuated by a diverse array of funky succulents, spanning to the jagged mountain backdrop that encircles the valley. An other-worldly scene, indeed. Perhaps, not unlike Mars, but with perfect weather and an abundance of succulent life. Oddly, it is not all peace and love out there either. Explosions off in the distance boom throughout the Valley from a Marine Corps Air Ground Combat Center just miles away from the house. A strange paradox — the yin and the yang. Some of America’s most creative forces seeking space to create, alongside some of its most destructive forces blowing stuff up. The Yin and Yang of the USA.
As for the collective, there are fifteen in total — LA-based music producers, looking to escape the city, their jobs, the daily grind and get into their creative zones at another ‘Beat Retreat’, which can almost be thought of as a hackathon but for music production. Many of them identify as apart of the LA Beat Collective, a group that meet regularly to inspire and collaborate, support and drive each other on their respective journeys as aspiring music makers. 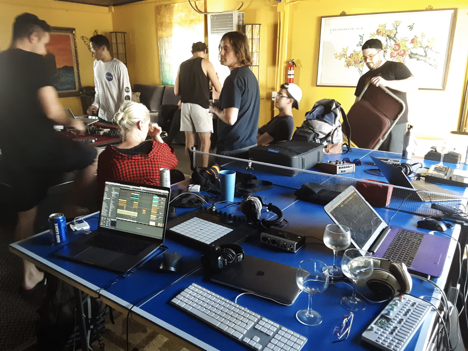 As soon as I arrived, I felt an anxious energy permeating throughout house. People were chatting, mixing drinks (tequila and orange juice) and standing around eagerly, ready to get started. Their purpose is clear. They aren’t here to party, they aren’t here to relax, they aren’t even here to explore the desert and all of its natural beauty. No — they are here produce music. 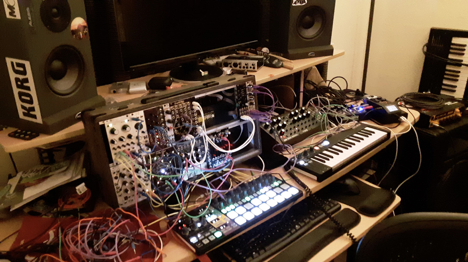 As each member rolls in the first thing they do is unpack their equipment; untangling wires, arranging their hardware as they set up their respective space to create.  By 9:30 pm they can’t wait any longer. A soft start to the weekend’s first cypher is declared. The terms are simple: one track that must be completed by midnight. They are spread all throughout the house, in various spots: a couch, a desk, the ping pong table, the top of the hot tub — it doesn’t matter as long as there is room for a laptop, maybe a synthesizer, and an Ableton push — the preferred hardware instrument of most (however, there a whole assortment of different music equipment is on display as you walk around the lodge). Some even have Subpac’s strapped to their chairs, hooked up directly to their DAWs to bump low level frequencies that literally shake their spine as they produce.
For those wondering, a cypher is a 2-4 hour challenge where the producers are tasked with creating a track or tracks, depending on its rules. Generally, there are parameters, such as a specific BPM, # of tracks, key change. Sometimes, it is open-formatted, allowing them to create as they please, so long as they finish in the allotted time.
By 9:45 pm, the entire house is completely silent. The cypher’s soft start has hardened. All the producers enter into a flow state. Their faces transform as they become fixated on their computer monitors. An intense look into their eyes contrasts their lightly bobbing heads — they’re no longer in the lodge, they are lost in the entrancing process of creating music. At midnight, the buzzer sounds – time's up. Those who’ve already finished meander through the house, pestering the rest of the bunch to export their files and airdrop them to the event's host. Everyone congregates in the lodge’s gameroom where speakers, set up on the ping pong table, are ready to engulf the room. Ready for the moment that makes the weekend so special — the play back session. 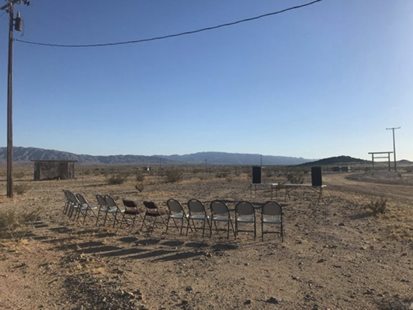 Once all the files are ready to go the songs are played, one-by-one for, eager group of producers. The best part? The host doesn’t inform the others of who’s track is who’s when they start. After each one finishes, everyone surveys the room, trying to guess who produced it. Of course, after some time, it gets easy to identify the producers as each one as his or her own unique style or preferred genre. House, techno, synth-wave, experimental hip-hop, trap, were of the many genres of music produced. 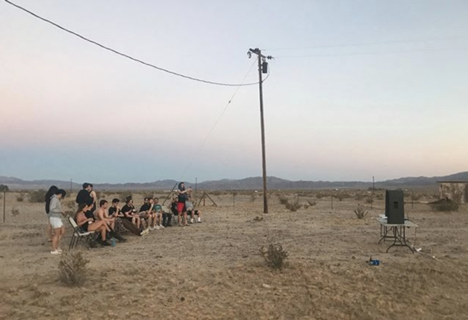 After 30 minutes, all the songs have been played – an incredible session. It’s about 1 am on Friday night and the weekend is just getting started. They’ve got at least 8 more hours of music-making that awaits them. Just take a look at Saturday’s cypher schedule:

As you can see there are different rules or parameters for each cypher, which of course results in different output. They often float creative premises: A Disney themed track, with a character and a whole storyline. Sometimes they will pull download a single sample, loop, or one shot to serve as a unifying foundation for each of their masterpieces. Or joint efforts, breaking into teams to collaborate on a track.
Of course, it wasn't all intense focus and 'competitive' creation. There were also moments of more leisurely music-making. On Saturday afternoon, they all cracked open some beers and gathered an expansivee array of analogue gear and other acoustic and electronic instruments laid out on and around the ping pong table. One grabs a bass guitar and starts riffing. Another starts rapping into a mic that blends vocals into hazy, distorted squelches. Another lays down a nice beat with the drum machine and before you know it, we’ve got a jam. The madness distills into a nice groove as melodies merge with the baselines and rhythm. They’re just musicians having fun, spitting sarcastic bars, poking fun at each other as they genre-jump from hip-hop to what sounds like psychedelic punk rock, breaking all boundaries because, well, there are no rules out  here in the desert, right? After they are finished, one of the members cuts up some of the jam session’s recordings to make some samples for the 4:00 pm cipher. 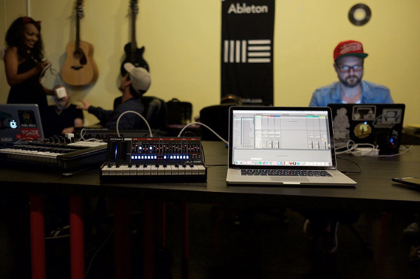 Ultimately, these Beat Retreats serves different purposes for different producers. For some, the time constraints are key. Any artists knows how difficult it is to finish a project. When is a track actually finished? Hard deadlines are especially important for the perfectionists, two tend to keep tweaking their work for eternity. But with the group cyphers, they have a strict time limit to complete their work. Within the parameters, within the constraints – creativity flourishes. For others, it's all about escaping the urban clutter and letting the desert air liberate their creative states. "It is the coming together of so much talent and so many resources," explains an experimental hip-hop producer who works on DJ software platform, during this day job. “It’s all about helping each other out,” he continues.


And he is right. They are constantly collaborating and asking each other questions. “How’d you compress that kick? What synthesizer did you use on that last track? Where'd you find that sample?" were just few examples of nonstop chatter about the craft.
By the end of the weekend, after 10 total hours of cyphering the crew has created 50 tracks and over two hours of new music. Bearing witness to these talented producers, unleashing their creative talents and utilizing the most sophisticated technologies and vastest sample libraries in the world to produce such beautiful and eclectic music was to be at ground zero of genuine cultural creation. All in all, the Beat Retreat captured the depths and passion that make electronic music production truly magical – accurately explaining why it is one of the fastest growing artistic mediums on the planet.