Mixing Tips: How To Get A Clean Sound 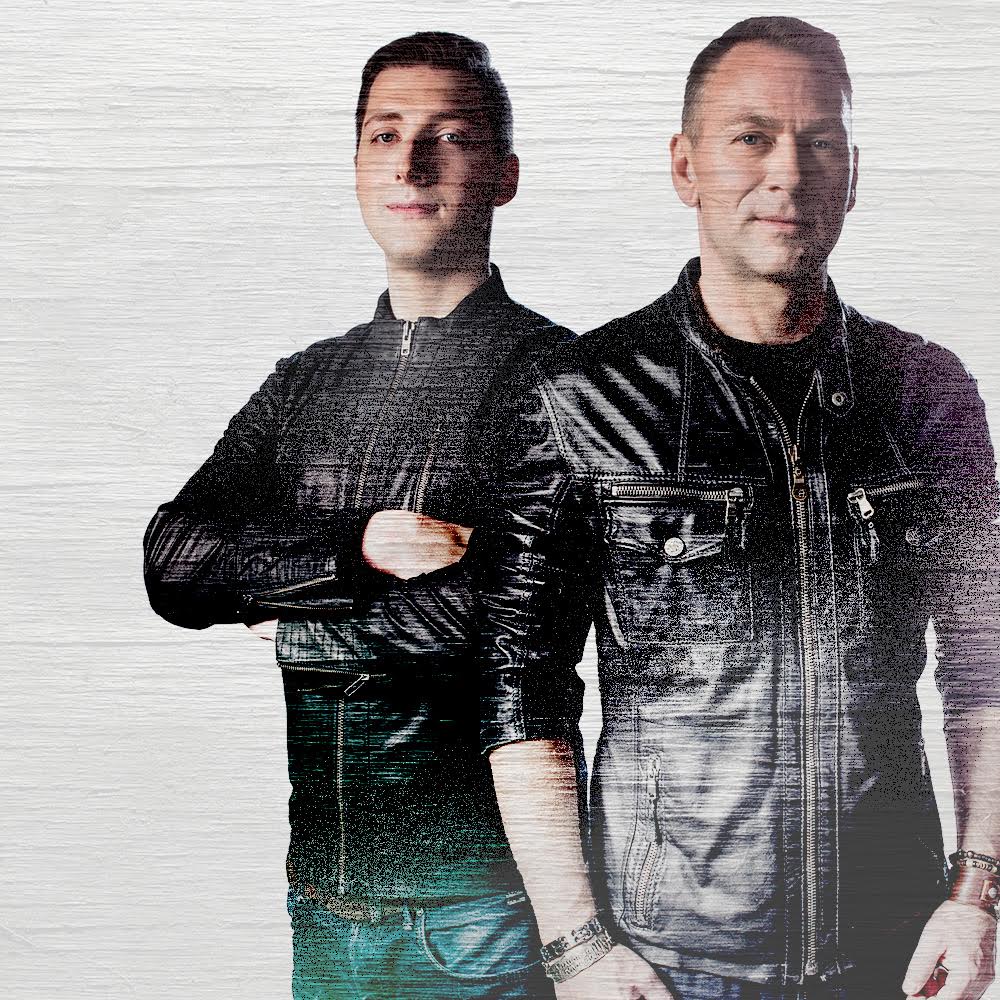 Producer Loops not only helps to stimulate your creativity by offering the largest selection of sample packs on the planet, but we also love our customers to be able to learn new techniques, gain experience and continue to grow as producers. In our Production Tips series, we'll discuss a variety of interesting and diverse topics designed to help you more from your studio. Sometimes we'll write these articles in-house, but from time to time we'll invite products to write for us. In this case, we've invited Dutch duo Triston & Dave-PL to teach you how to get your music productions sounding as "clean" as possible!

They are two level-headed Dutch guys, collaborating under their Triston & Dave-PL moniker for the past few years. Their experience, drive and chemistry led to releases on Armada Music and Flashover Recordings, as well as some exciting gigs in and outside of their home country. If there is anything to say about their productions, it’s that – besides being highly contagious, flaming hot and energetic – their sound is very clean. So, that’s exactly why Producer Loops invited this rising duo to write this article, which teaches us all a bit more about how to get a clean sound in our tracks, and what to consider, and how to structure a road map for our sound design. Enjoy...

A lot of people will tell you that that a clean-sounding mix is the opposite of having a muddy mix. They suggest tips such as using high pass filters and removal of muddy frequencies. And although it may resolve some issues, we believe that this it not the most optimal solution for getting a clean and polished sound. We often read suggestions such as, "remove the muddy frequencies in the 300-400 hz region", or "you don’t need all these frequencies". Well, that’s partially true. Muddy frequencies can clog up the mix. However, by removing muddy frequencies completely, you’re always making a compromise. You're steering towards a thin, colourless sound with elements which just don’t seem to belong together. So, instead of cutting out unwanted frequencies in order to get a clean mix, why not sculpt a sound that doesn’t have these kind of issues to begin with?

So, what is a clean sounding mix anyway?

A clean sound identifies itself, first and foremost, with how easy it is to identify an element in the mix. There are multiple factors that contribute to each in a different way; i.e. The sonic qualities of a sound such as:

Timbre: The easiest way to make our sounds distinctive is by giving each one a different timbre. A more 'culinary' term would be texture. During production, we pay special attention to the sonic quality of a sound. Lots of our processing is targeted towards improving the sonic quality of a certain sound. This is the difference between a mediocre sound and a professional, high quality one. If sounds are not distinctive enough, listeners will have a hard time separating the core components from the details. e.g. combining three similar-sounding supersaw synths will give you a big headache during the mixdown of the track.

Envelope design: Envelopes have that magical ability to transform a plucked sound into a pad and vice versa. ADSR is an extremely powerful tool for giving sounds disctinction, but there is a difference in envelope design when layering multiple sounds into one element, or trying to get multiple elements to work together. The latter will demand a greater variety, as opposed to the former, where similar envelopes can provide a sense of unity throughout all of the layers.

Frequency spectrum: Another important aspect that contributes to the distinctiveness of the sound is the placement in the frequency spectrum. Imagine that the frequency spectrum is like a house, and a frequency band is like a room. In this case, the bass frequencies are like the toilet. They are extremely important, however, only one or two people will fit in there at the same time (depending on the amount of toilets you have). The muddy frequencies could be the kitchen. You could have three different animals occupying the kitchen at the same time, but if one of them is a fully grown elephant, you will have a hard time identifying the other animals in the same room as they are hidden (the technical term is "masked") behind him. In reality, fitting sounds into a frequency spectrum is a bit more complicated because the stereo aspect of sound will also impact distinctiveness. More about that later.

The placement of a sound: There is also another aspect which is extremely important and that is the stereo placement. This is the realm where depth, stereo and mono rule the world of the stereo audio recording. Mono, being left and right getting fed the same audio signal and stereo being left getting fed a completely different audio signal than right.

Mono: for us; this is the most important aspect. A listener tends to focus on what is available in the mono field, as the main plot comes from the mono field. The core elements of the storyline are told throughout mono. It is also the place where you will find elements such as the kick and vocal. I know there have been/are a million of exceptions to this rule; like in classical music; but for now, let's stick to focusing on Pop, House, Trance and EDM. For us, a tune should sound fine when only using the mono part of the song, so when we add the stereo signal to the song, the mix should burst with excitement.

Stereo information: is a lot trickier than mono information. It adds a completely different level of emotion to the existing mono information. Also, fiddling with the stereo field has the risk of altering the stereo<>mono relation of an element, making it sound dislocated. Stereo is a very powerful tool to create "room" in a mix. Let's go back to our house, filled with animals. We are back in the kitchen, looking at a big, fully-grown elephant and two tiny dogs that are concealed behind him, both vying for their own space. Consider that the elephant is mono, we would have plenty of space in the left channel and the right channel to fit in the two dogs. One on the left and one at the right. Now the dogs have their own space in the kitchen without the elephant masking them. This is an easy and straightforward approach and is one way of using stereo to clean up the mix.

Depth: is an extremely powerful element to master in order to get a clean mix. Depth is the feeling that certain sounds have more distance from the listener than other sounds. It makes less important sounds actually sound less important. Having a well-balanced set of sounds, consisting of forefront sounds and background sounds, is key to a clean sound. So when do you want to add depth to a sound? Well, you want to add depth when a sound is not playing in the forefront, essentially when it is not meant to be in your face.

Before we start with panning, adding depth, etc, we always make a plan that describes the sound we are aiming for. I can tell you, a plan like this speeds up your sound design drastically as you are not endlessly looking for the next big sound, going through sound bank after sound bank, which can get in the way of your creativity very easily. We start making a plan just after we finish the MIDI of the main elements we want to use. At this point in time, we have the simplest of sounds used to get an idea going. Next, we make a little table filling columns with sonic properties and filling the rows with the elements used.

We recommend filling out the following columns before you mix your track:

Timbre: What kind of sound are you chasing? Does the sound need to be warm? Does it need to be airy, big or tiny? Edgy? Dirty?

Envelopes: Do you need a short decay for aggression and a bit of sustain for body? Or do you need a deep bassline to complement a short high kick? These are the typical questions we try to answer here...

Stereo placement: Do you imagine the sound being stereo or just mono? Maybe you just need a bit of stereo. Or... Is the sound left/right panned? Your choice will be dependant upon your choice of timbre and envelope.

Depth: Does the sound live in the background or the foreground? Does it need to shift between the foreground and the background? To make our lives easy, we say ‘mark sounds from 1 till 5’, where a 1 is up-front and in-your-face sound and 5 is right in the background. A lead vocal needs to be in-your-face, so that would be marked with a 1. However, a textural sound, just to fill a gap, could be a 4 or maybe 5. A rhythmic sound, more to be felt than to be heard, would be a 3. A piano, supporting a lead vocal is a typical example of a number 2 sound.

Frequency band: Which frequencies will play a major role for this particular sound? Things you write down are meant to provide a table to quickly see which frequencies are used, which sounds are likely to clash, etc. If you know that a certain sound will need 4k as its main frequency, you probably wouldn’t want to start to look in the bassline section of your sound banks. Sculpting a sound for your tune should be a lot easier when you have some starting points. Let say, you have written a song in MIDI. Let’s say that the tune is in A Major. The main frequencies of your kick would be the region between 55Hz and 165Hz. Let’s say, you found a really great sounding snare drum, but the impact is on 165Hz as well? You have a possible clash with the kick drum here when playing together. Either, you will hear the body of the snare drum, or you will lose the punch in the kick drum. You can either anticipate this during mixdown, or, you might want to try a snare drum on a E or G note?

To conclude: Filling out a table like this is a great tool to use, summing up all of the elements we defined in this article. This way you can easily see if you have put enough effort into getting a distinctive sound. This is not limited to the initial track. If you have the idea that you are stuck with in your tune, just fill in the table and easily see what you missed. It might take a while to fill in, but during your time spent working on the production, you’ll win it right back by simple efficiency.

Want to know more about how to get your productions sounding clean?

Triston & Dave-PL will be back soon with more Production Tips soon, exclusively at ProducerLoops.com