Trumpet, flugelhorn, lush synths, smooth electric bass, percussion, drums and subtractive synthesis patches combine to create the true sound of Chillout in this 30GB library produced exclusively for Anthology by the incredibly talented, 'Gregor Theelen'. Each of these five kits perfectly capture the sun-kissed vibe of one of the most popular party destinations in the world and are infused with a dreamy post-party vibe.
Virtually every sound in this pack has been self-made, including most of the percussion and drum sounds. All content was meticulously edited by our Anthology in-house sound engineer, John van der Lugt. In addition, John was also resposible for designing some synth sounds and drum loops for this pack.
Alongside the ACID and Apple loops, you'll also find MIDI files and AAF and OMF arrangements, which allow you to remix the original arrangements. Dry and wet variations are also included. Ibiza Chillout 2 is an incredibly versatile product sure to inspire countless new productions primed for the white sandy beaches of Ibiza.
The Anthology Label:
Anthology focuses on delivering only the highest quality products aimed at professional producers and composers seeking authentic performances, expert arrangements and a high calibre of composition. Please be sure to check out other products it his series, by checking the "Related Products" section below.
About The Producer:
Gregor Theelen is a classically-trained composer with decades of experience in working with large orchestras in recording studios. When it comes to styles, Gregor is a Jack of all trades. He loves working in the classical field, Jazz is his passion and he will never have doubts about working on a House, Lounge, Rock, Funk or any other project, as long as there is room for sincerity, authenticity and experimentation. The past decade, Gregor Theelen's Chillout/Downtempo/Lounge music has been used in numerous famous compilations and best selling mix-CDs, such as Buddha Bar. You can check out Gregor's extensive credits here. Gregor is a well known sound designer and connoisseur of vintage analogue synthesizers.

Gregor has already had some commercial success as a Lounge/Chillout producer in The Netherlands, France and Japan, where several of his tracks have been picked up by big clubs and record companies. He had a big club hit in Tokyo and reached the club Chillout charts with several tracks in the Netherlands. Some of his work has also been released on the famous Buddha Bar label.
Gregor on making this pack:

"Designing sounds on a synthesizer requires both intution and a knowledge of all technical functionalities of a synth. Intuition dictates each step made, while knowledge and reason are always present where the action takes place. I think that's what I love about making music: the marriage between these two hemispheres."
About the Trumpeter: 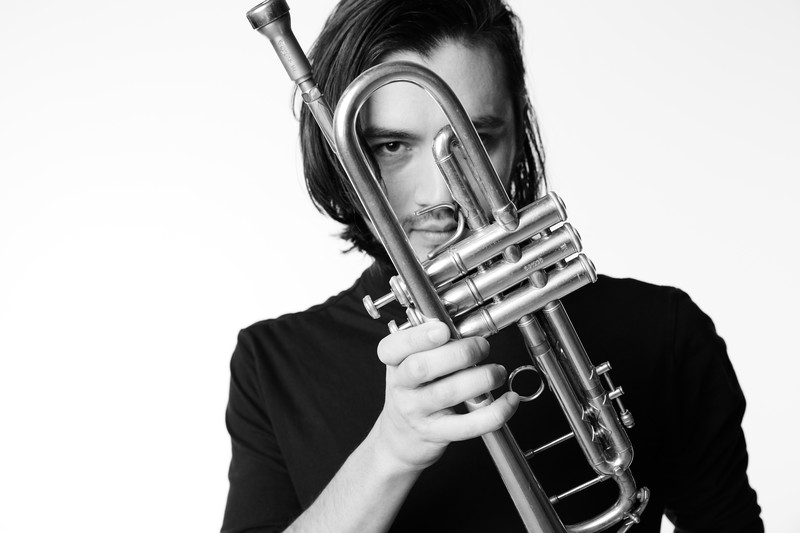 All Trumpet performances were played by Argentinan trumpet maestro, Jorge Ro. Jorge moved to Italy at young age to study music and has since developed a true mastery of the instrument. His wonderful melodies and genuine improvisations can be heard throughout this pack.
Dry/Wet Files:
Most of the loops in this product are provided in both dry and wet variations, meaning you can either drag and drop them straight into your DAW complete with FX or apply your own FX mix using plugins or hardware of your choice.
AAF & OMF Files:
With the included AAF and OMF arrangements you can import each kit demo into your DAW so you can re-structure the original song, or add your own complimentary instrumentation.
Royalty-Free:
All of the loops in this product are 100% Royalty-Free, so once purchased, you can use these loops in your commercial releases without having to pay any hidden costs.
Specifications:
• 30GB of content
• 5 Construction Kits
• 5 AAF/OMF Mixes (For your DAW)
• ACIDized WAV Files
• Apple Loops/AIFF Files
• Loops sync to BPM
• 44.1 kHz/24-Bit
• PC/Mac Compatible
• Royalty-Free (No Exceptions)

... from "Anthology" brings you a MASSIVE 8.44 GB (unzipped) of blissed out and emotive Construction Kits featuring...

... by Producer Loops and The Sound of Merlin was inspired by the Berlin School of 1970s artists like Klaus Schulze...

Sounds of the Forest

... is inspired by sounds of nature. This collection of lo-fi beats combined with gorgeous pads and melodies delive...

... by Producer Loops exemplifies the mellow and soothing vibes of Lo-fi Hip Hop with a series of gentle, laid-back...

... from Producer Loops saves you a whopping 90% and includes a stellar collection of FIVE Pop, Disco, Rnb & Vocal...

Beyond takes you on a beautiful journey to a distant planet where the music is organic and the ocean's waves dance...

... from Producer Loops and The Sound of Merlin is a follow-up to Norwegian Jazz sample packs, 'Compassion', 'Reviv...

Producer Loops is proud to present 'Utopia'. Get drawn into this world of blissful sound design. Inspire yourself w...

Producer Loops is proud to present, 'Dystopia'. Get drawn into this dark and futuristic world of groundbreaking sou...

... is an ambient and retro synth collection crafted with a strong focus on melodic development. Get ready to be hy...