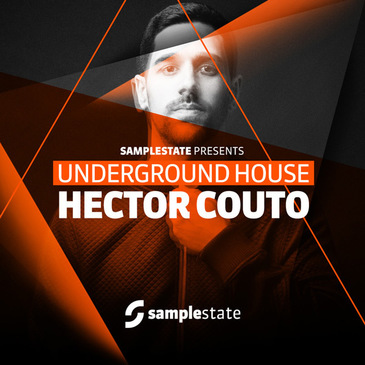 Hector Couto is a shining example that talent and youth can go hand in hand. Hailing from the ever-fertile Tenerife region of Spain, Hector has commanded the respect of the international Electronic scene in no time at all. A great example of this being his appearance in Resident Advisor's Top 100 most charted artists every year from 2011 onwards.
Hector's sound has found favour with labels such as Defected, Moon Harbour, Hot Creations and Get Physical, along with releasing music on his own label, Roush.
The popularity of Hector's music has continued its ascent into the upper echelons of success, as Hector continues to demonstrate an ability to produce music that is both catchy, dynamic and firmly-rooted in the underground.
This pack comes in two variations, pre analysed Apple loops (AIFF) format for Logic users and also in standard WAV format for all other DAW users.  They have also included REX2 formats in both options.
Check out the Demo to see what this unique sample product has in store.
Product Details:
• 24-Bit Quality
• 800 MB
• 100 Drum Loops
• 40 Bass Loops
• 22 Chord Loops
• 20 Acid Loops
• 35 Drum Hits
• 6 FX
• 16 Pad Samples

... from Baltic Audio is a must-have product for producers looking to get the sound of current Slap House. You'll f...