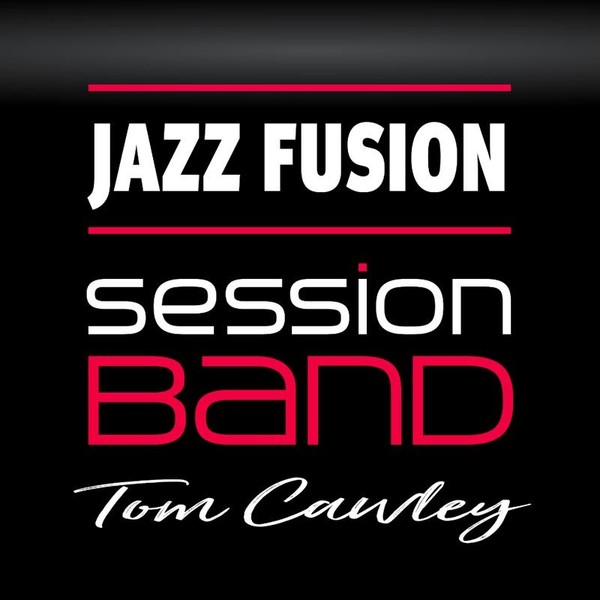 Alongside Simon Lea on drums (James Morrison, James Blunt, Rod Stewart, Katie Melua...) and Geoff Gascoyne on bass (Sting, Van Morrison, Georgie Fame, Jamie Cullum...), Tom fronts the line up and fills this exclusive loop pack with Jazz fusion loops built with multiple layers of vintage and modern synths from Oberheim OB-6, Prophet 12 and Moog Model D to Fender Rhodes, Wurlitzer and Hohner Pianets – all chord-based and copyright free.
All SessionBand loop packs contain complete sets of loops which are entirely chord-based so you can create music to all the chord sequences you want. They are precision-edited so you know that they will loop seamlessly wherever you put them in your session. Every loop is delivered to you in high quality WAV format, fully labelled and presented in a multitrack construction kit ('stack') layout for each of the 15 styles, so finding the best loops for the music you're working on is really easy.
Artist Information:
Keyboards – Tom Cawley
Highly acclaimed, multi award-winning pianist and composer, Tom Cawley is one of the most sought-after keyboard players in the world.
Not only is Tom in great demand as a Jazz pianist (Dave Weckl, Jack DeJohnette, Charlie Watts, Stacey Kent, Yaron Herman, Curtis Stigers, Jamie Cullum, Guy Barker...), he is also widely regarded as a leading Pop/Rock keyboardist, recording and performing around the world with U2, Peter Gabriel, Andrea Bocelli, Amy Winehouse and many others.
Since graduating from London's Royal Academy of Music and simultaneously picking up the coveted UK Young Jazz Musician of the Year award in 1998, Tom has performed all over the world with some of the most influential and groundbreaking Jazz artists and led bands in residencies at The Blue Note Club (New York) and Ronnie Scott's (London).
2007 saw the debut of his award-winning group Curios which showcased Tom's original music. Curios picked up a string of accolades including 'Best Album' and 'Best Band' in the 2008 BBC Jazz Awards. Musician magazine described Curios as a “shining light for British Jazz” while MOJO hailed them “extraordinary”.
Tom was excited to get started on this special synth edition of SessionBand since he has a passion for both modern and vintage synths and has a huge personal collection of classic synths and electro-mechanical keyboards which he was able to freely employ. From his Oberheim OB-6, Prophet 12 and Moog Model D as well as a modular set-up, to his vintage Fender Rhodes, Wurlitzer and Hohner Pianet - they are all featured in the content of this loop pack.
Drums – Simon Lea
Simon David Lea is one of the world's most in-demand session drummers performing around the world with some of the biggest names in Jazz and Rock including Rod Stewart, Dionne Warwick, Jamie Cullum, Ronnie Wood, James Blunt, James Morrison, Katie Melua, Paloma Faith, John Newman, Ella Eyre, Nicole Scherzinger, Seth Lakeman... to name just a few.
British born, Simon studied Jazz and studio music at the Guildhall School of Music before moving up to London in the late 1990's to tour the clubs with rising Jazz stars such as Finn Peters and the already established Dave O'Higgins and Guy Barker.
By 2006, Simon became the house drummer at Ronnie Scott's Jazz Club in London's soho district, playing 6 nights a week opposite some of the world's finest Jazz musicians.
From 2007 and for the next decade, Simon toured the world - first with hip hop artist Just Jack as drummer and MD, and then a string of artists including Seth Lakeman, Boy George, Rumer, James Blunt and Katie Melua.
In 2017 Simon joined the Temperance Movement – touring worldwide and recording the album 'A Deeper Cut' which reached number 1 in the UK Rock, Indie and Vinyl chart and number 6 in the UK album chart (2018).
Simon is proudly endorsed by Ludwig Drums, Sabian Cymbals, ProMark Drumsticks and Remo Drumheads.
Bass – Geoff Gascoyne
UK bassist, composer and producer Geoff Gascoyne is a hugely accomplished name in world Jazz and Pop having performed on over 100 albums with the likes of Sting, Van Morrison and Georgie Fame.
As a bassist, arranger and producer, Geoff has worked with a diverse range of artists including Michel Legrand, Everything But the Girl, Van Morrison, Georgie Fame, Sir Willard White, US3, Sting, Charlie Watts, Benny Golson, Bill Bruford, Jacqui Dankworth, Bob Dorough, Mari Wilson, Eddie Izzard,The Mingus Big Band, Peter King Quartet, John Martyn, Dianne Reeves, Guy Barker, Claire Martin, Eartha Kitt and he played a major role in the rise of Jamie Cullum with whom he worked exclusively from 2000 to 2007 as Musical Director.
In the last decade, Geoff has focussed much more on music production work. As well as producing albums for Jacqui Dankworth, Jamie Cullum, Josh Kyle and San2 and his Soul Patrol, he has composed music for a series of library recordings for the legendary KPM label.
Geoff is also Professor of Jazz Bass at the Guildhall School of Music & Drama in London, and Head of Bass at London College of Creative Media (LCCM).
Producer – Geoff Gascoyne
Product Details:
• 5,400 Chord-Based Multi Channel Loop Stacks (22,243 Individual Loops)
• 15 Jazz Rock Fusion Styles In Tempo Order: Acoustic Rock; 70s Funk; Pop Rock; Neo Soul; Psychedelic Soul; 70s Soul; Jazz Rock; Disco Funk; Neo  Classical; Latin Fusion; Indie Pop; Electro Pop; Electro Jazz; Dnb; Groovy Six Four
• Tempos From 60 To 200 BPM
• 15 Chord Variations For Every Root Note In All Styles: Maj; Maj7; Maj7(#11); 11; 7; 7(B9); 7(#9,#5); 7(#11); Min; M(#5); M7(9); M(Maj7); M7(B5);  Dim; Maj 'Stop'
• 15 Main Style Folders (Construction Kits) With Sub-Folders For Root Note (D, E, F# Etc…) And For Chord Variation (Dmaj7, D11, Dm7(9) Etc…)
• 20 Alternative Drum Grooves And Drum Fills In Every Style In Addition To The Main Drum Groove
• 15 Construction Kits 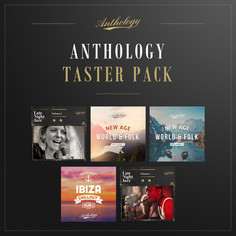 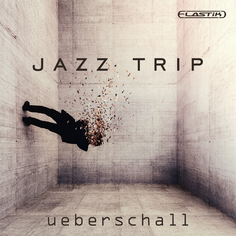 If you are looking to create a sophisticated late-night groove, but with just a hint of an edge, then Jazz Trip by... 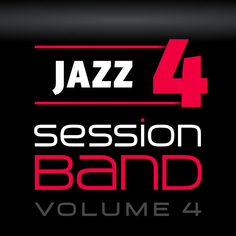 ... by SessionBand is a long-awaited collection of over 9,000 classic Jazz loops from 4 of the world's top Jazz mus... 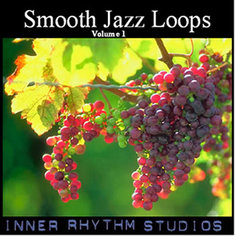 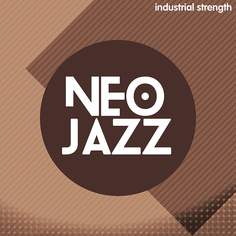 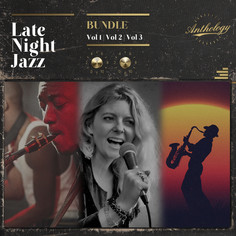 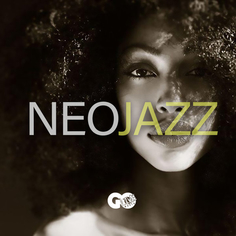 All That Jazz Vol 4 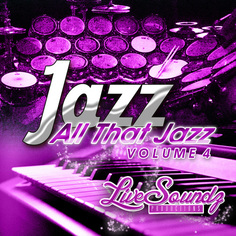 ... by Live Soundz Productions brings you that cool, smooth Jazz influenced by the likes of Marcus Miller, Chick Co... 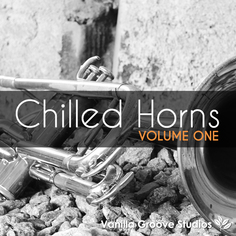 ... is perfect for producers looking to add a little chilled sophistication to their tracks, featuring 119 smooth a... 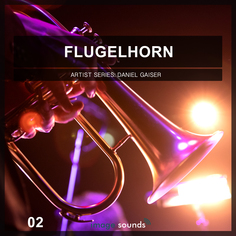 ... by Image Sounds concentrates strictly on higher tempos and other musical styles. Nevertheless, the instrument k...

... by HQO brings this flavorful pack that has the Jazz, the Sexy and the Cool vibes, all in one place! This produc... 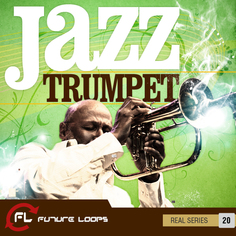 Future Loops is proud to present 'Jazz Trumpet', an irresistible collection of trumpet samples with a smokey vibe.... 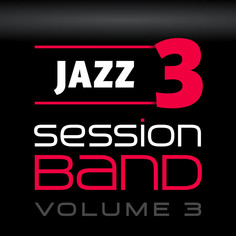 'Jazz Volume 3' by SessionBand is the third instalment of these best-selling series. A further 3,500 chord-based, m... 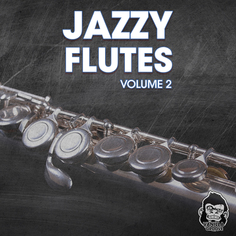 ... by Vanilla Groove Studios features a collection of 155 smooth, melodic and flexible flute riffs recorded at 70...