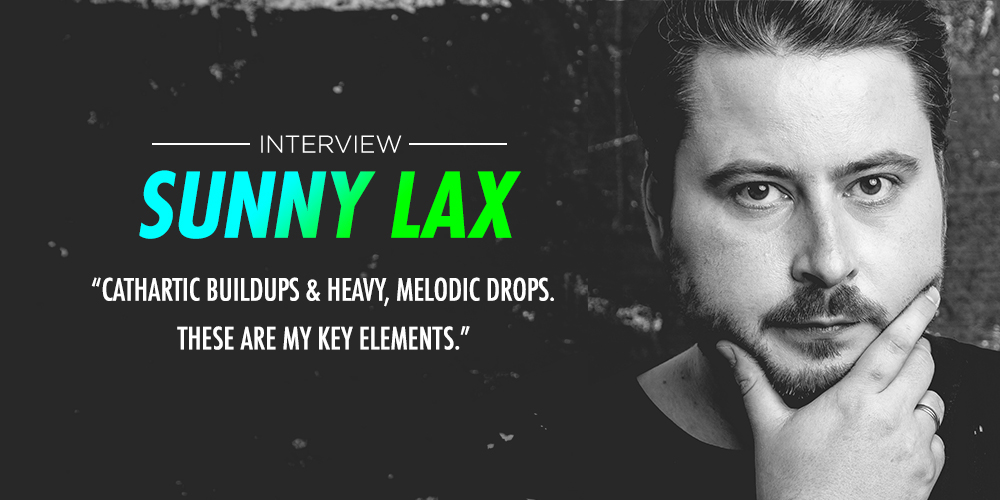 Few producers can boast the accolade of having their first track signed to the iconic Anjunabeats label. But then again, few producers possess the technical know-how and melodic prowess of Levente Márton, better known as Sunny Lax. Twelve years after his first release, Levente remains a leading light in the Progressive Trance scene with a slew of Anjuna releases and now, Producer Loops sample packs under his belt. We caught up with Levente ahead of the release of his latest sample pack, 'Sunny Lax: Modern Trance Vol 3'.

Hey Levente, thanks for taking some time to chat with us! Before we talk about the ‘Sunny Lax: Modern Trance’ series, let’s go back to the very beginning first. How did you get into music and took the first steps into creating your own?

Hey, thanks for having me. I was about 13 when I started to listen to electronic music. I’ve always been some kind of geek so alongside playing games I started to learn programming and everything about computers. That’s how I ran into tracker software, which was old-school music software. I loved how I was able to manipulate the sounds and melodies with it so I tried to make my first tracks with those. It became an addiction; I spent all my free time with it. My parents bought me a digital piano because they found it too funny that I was playing Vangelis on my computer’s keyboard. So I started experimenting, learning and evolving.

At the age of 17, you sent out your first demo, which instantly got signed to Anjunabeats. That track was ‘P.U.M.A.’, released in 2005. 13 years later, how do you look back on that one?

This track was my very first demo I sent out to labels and it became one of my most successful releases. I felt it was good enough as a demo, but honestly never thought it was going to have such an impact and get so much support and love from people. It's interesting because this is one of the biggest differences between amateur and professional artists. Professionals know when an idea or a track is very special and worth working on. I didn't know, it was kind of a matter of luck.

With so many producers out there desperately longing to get signed to a big label like Anjunabeats, what is your advice in today’s musical landscape?

It's a bit harder to get the A&R's attention lately than back in those days because there are so many producers out there now sending thousands of demos every week. Therefore one of the most important things is to have something unique in your song. It can be one single thing, it can be a hook, an interesting bass or lead sound, a chord progression, even a fresh arrangement, but at least one thing which hasn't been made by someone else before, something so fresh that they’ve never ever heard before. Also, you need to have a catchy melody and interesting chord progression, which gives musical depth and emotions to the track. We're talking about club tracks, so it's also important to be sonically outstanding; your mix needs to be punchy. And a last tip: A&R's don’t have time to listen to full tracks from start to finish, but they know after 5 seconds if a demo is worth a full listen or not. So make sure every single second of your track is so interesting they need to listen to the next second. This is a very difficult recipe; to be honest most signed artists don't make tracks like this. But if you do, I guarantee you'll have a hit.

There are many ways to describe your music, but the best way is to ask you about it. How would you describe the Sunny Lax sound?

I love big fat basslines because it’s dance music and it’s important to shake the walls! I love cinematic, emotional breakdowns – some people say those are like floating in outer space. I’ve no idea – I’ve never done that! Cathartic buildups and heavy, melodic drops are also my key-elements I guess.

What’s your usual process when creating a new track? Strong melodies seem to be a key ingredient to your originals, do you start off with those?

I don’t really analyse my own tracks, I just do them. So when I write a track I play chords which fit with my actual mood and my taste, I write melodies and harmonies that I feel are catchy and that fit to the same mood and my taste. Then I choose my sounds which fit with this whole idea, and of course to my taste. The whole process is unconscious but in the end, there is something common from me in every track.

You’ve definitely found a home at Anjunabeats in those 12 years. With an ever-growing discography of originals and remixes, would you say you’re much more confident about your own talents and music? Or is every music project a new adventure?

I’m more confident in the technical side of the game. I know what to do if I want to achieve certain things sonically or musically. Mostly I start with the melodies and chords but what is even more important is to start with the inspiration and to be in the right mood to create something. Inspiration can come from anywhere so it’s a bit of an adventure too everytime. But you know exactly when you have it because then making music is pure joy and ideas are just coming while you’re dancing or crying in your room. My key is to utilise these inspirational moments in the studio and go with the flow.

When’s the moment you know a track is finished? Or are they never really finished at all? ;)

Both :) There is always a point when you feel it’s “perfect” and you wouldn’t change anything on it and every sound is in its perfect place. The song isn’t too much or doesn’t need more elements. And of course when your A&R thinks the same. :D That’s when we can say it’s finished. But then it gets released and after a couple of weeks or months, you start to feel you could have done this or that different. I think it’s natural, we’re in a different mood, and we’re constantly changing, and if better ideas are coming, we can show it in the next track, so it helps to evolve.

Rumour has it you’re actually in the process of creating the Sunny Lax debut album, how exciting! How far along is it and what can we expect?

This is in my plans for the next two years – it’s still early days with this!

In between all that, you’ve also produced the third volume of the ‘Modern Trance’ sample pack series! 4 years after Volume 2, we’re so happy to see a brand new edition come to life. What can our clients expect from this one?

Modern Trance 3 is very fresh. I used all my latest techniques and knowledge to make this a worthy follow-up of the series sonically and musically. Trance is quite a fast-evolving genre so it’s important to always be up-to-date. So there are 10 construction kits which are super-trancy – full of nice ideas and interesting sounds. :)

Producing a sample pack is a different story than producing a track – was that something you struggled with, or did it come naturally to you?

As I mentioned I’m a geek and I was always interested in the deeper, technical side of things. So from the first minute I tried to make my own sounds and samples alongside using existing libraries. So it came naturally to me because I pretty much just need to organise these things.

What do you hope to bring to buyers of the latest ‘Modern Trance’ sample pack?

Inspiration. In one of my latest releases ‘Pequod’ I found a simple percussion loop, it had an interesting quantization and inspired me to do a crazy groove, I got some ideas and added elements after elements, I finished the whole track in a day. And the funny part is, in the end, I removed that loop from the track because it wasn’t fitting anymore. So the point is to find some sparkle, things which inspire you, it can be a lead sound, a vocal effect or even a percussion. If you find the demos inspirational, there is a good chance you’ll enjoy this pack. Construction kits are a great way to learn too, to analyse these tracks element by element, and figure out what the roles of those elements are, and why I made them so. It’s a great help if you can use it.

We hope the pack proves really useful too. Thanks for the interview and take care!

Thanks for having me! 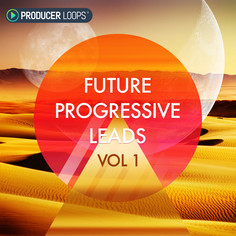 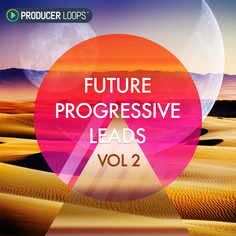 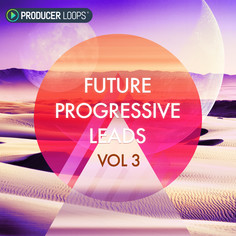 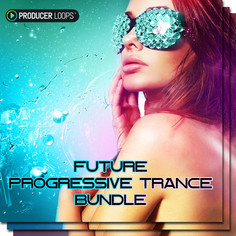 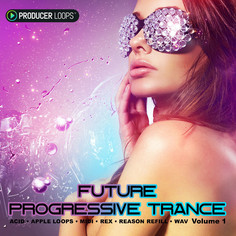 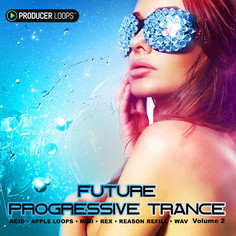 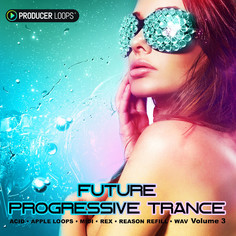 ... from Producer Loops kicks off an epic and inspirational series of powerful Construction Kit products drawing on... 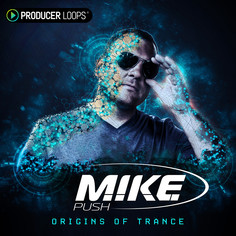 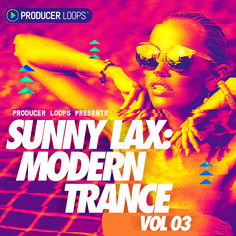 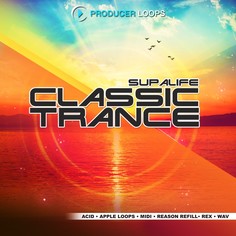 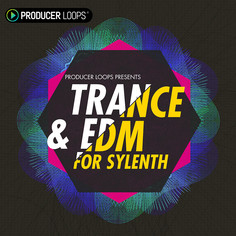 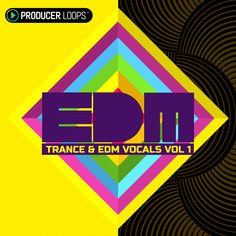 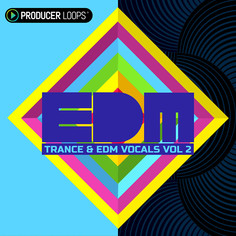