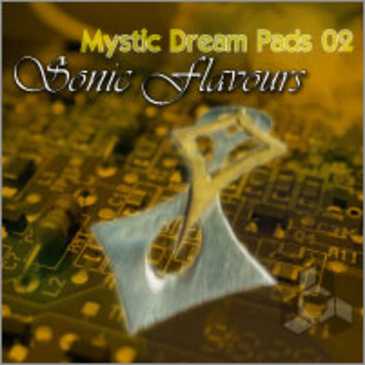 If you like the well-known layered sounds by Korg and Roland, you will love the Karla edition of Mystic Dream Pads which clearly takes this 20 years old sound tradition to a surprising new level.

Mystic Dreampads 02, the Karla Edition for Reason 4 and higher.

Notes to the update

MDP02 is the first product from Sonic Flavours that gets an official and free update! This new updated version includes new combinator patches as well as more samples. Further they have included all demo tracks which had become a Sonic Flavours tradition shortly after MDP02 got it's first release. They have also optimized all module patches and bought them up to their latest standards. Mystic Dream Pads 02 has gotten bigger and better but kept its own original and genuine sound, class and charms!

German ambient, chill out artist/composer Harald Karla (aka Jonson) built 142 combinator patches for this first Mystic Dream Pads Sequel. Karla loves subtle and refined sound layering as well as tiny details when it comes to reverb and delays. He's also a melody man. So there are some beautiful solo patches in there as well. The majority of all patches are programmed for instant control using the buttons and knobs.

Since the Sonic Flavours sound designers use the subtractor and malström a lot as well as BPM-synced effects, you can expect these patches to be lively and dynamic. Therein lies the major advantage when comparing this refill to the numerous, often overcompressed, sampled libraries and sample based VST instruments. These pads and soundscapes will integrate more naturally in your mixes. Try it out and hear for yourself!

This 178MB reason refill contains a lot of fine-tuned samples stemming from some of Karla's favorite synths. These samples put some extra flavours to the overall sound of this refill. There are some very nice bass synth samples and patches to complete the sonic spectre.

If you like the well-known layered sounds by Korg and Roland, you will love the Karla edition of Mystic Dream Pads which clearly takes this almost 20 years old sound tradition to a suprising new level. Character, manual playability, liveliness and emotion without overdoing it are the main keywords.

Creative use of Effects

-The Mclass equaliser appears to be a great and very subtle sounding filter for pads and soundscapes.

-It's great to have a combinator with 3 delays lined up where the delay times and pan knobs are modulated by the subtractor LFO.

-Karla's Super Wide Arena patch for the rv7000 is absolutely stunning. It can be found in a default rack setup RNS file.

Mystic Dream Pad Bundle 2 is for Reason 4 and higher. Includes over 550 Superb patches focused on the individual qu...

Save £27 and get 450 combinator patches with sumptuous, radiant pads and inspiring soundscapes coming from MDP 01...

... by Dark Magic is an essential percussion pack for your next Lo-Fi House productions....